As StreamOn program expands from music and video streaming to include games, Hatch offers Deutsche Telekom subscribers in Germany cloud gaming with no limits and no worries about data consumption 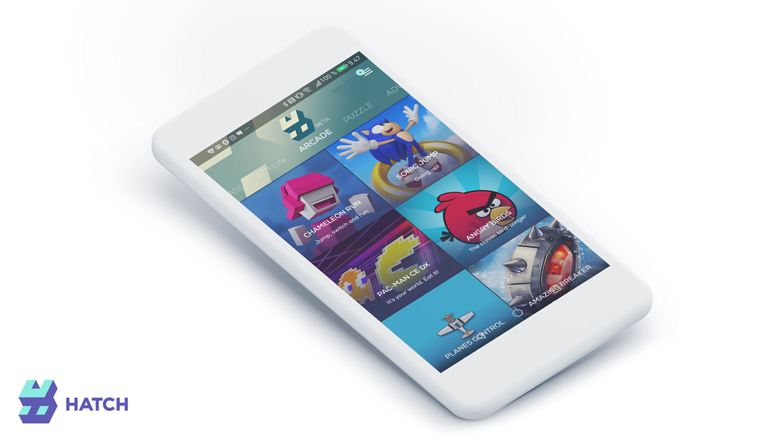 The cloud gaming revolution takes another big step forward into the mainstream today as Deutsche Telekom expands its unlimited-data StreamOn program to include Rovio Entertainment subsidiary Hatch - allowing subscribers in Germany to play Hatch as much as they want without worrying about data charges.

A pioneer in game streaming, Hatch is the first app to stream games as easily as video or music, allowing users to play games instantly, with no downloads, installation or fuss. On Hatch, even single player games can be played together, as users can pass controls and voice chat while playing live. All games in the curated Hatch collection - from arcade classics like Pac-Man CE DX and Sonic Jump to modern masterpieces like Monument Valley and Crashlands - are full-featured, high quality premium experiences, with no in-app purchases.

"We are often asked how much mobile data is required to play games on Hatch, and it's clearly a major concern for many consumers," says Vesa Jutila, Hatch co-founder. "Although our bandwidth requirements are mild when compared to HD video streaming, for example, the StreamOn program gives our players total peace of mind and helps pave the way forward to a new era of game streaming anytime and anywhere. We're proud and honored to participate."

"We started StreamOn to give our subscribers carefree enjoyment of streaming video and music, and consumers clearly value the ease and convenience of experiencing games in the same way," says Alexander Krappe, Senior Manager Group Business Development & Partnering at Deutsche Telekom. "As a pioneer in this space, Hatch is a great partner to move forward with and take cloud gaming mainstream. We're excited to offer our subscribers the opportunity to play great games anytime, anywhere with no limits."

Hatch takes the cloud gaming revolution to mobile and beyond, with the world's first service for discovering, sharing and instantly playing a curated collection of great games from more than 100 leading developers and publishers. All games on Hatch - from arcade classics to modern masterpieces - are available to play immediately with no downloads, in-game paywalls or limits.

Rovio Entertainment Corporation is a global entertainment company that creates, develops and publishes mobile games, which have been downloaded over 4 billion times. The Company is best known for the global Angry Birds brand, which started as a popular mobile game in 2009, and has since evolved from games to various entertainment and consumer products in brand licensing. Today, the Company offers multiple mobile games, animations and has produced The Angry Birds Movie, which opened number one in theatres in 50 countries and the sequel which is in production. Rovio is headquartered in Finland and the company's shares are listed on the main list of NASDAQ Helsinki stock exchange with the trading code ROVIO. (www.rovio.com)