New Releases and Extensive Roster of Tier 1 Partnerships Fuel Next Phase of Growth for Rovio's Flagship Entertainment Brand ESPOO, Finland - May 23, 2018 - Rovio Entertainment, in partnership with its licensing and brand management agency, ... 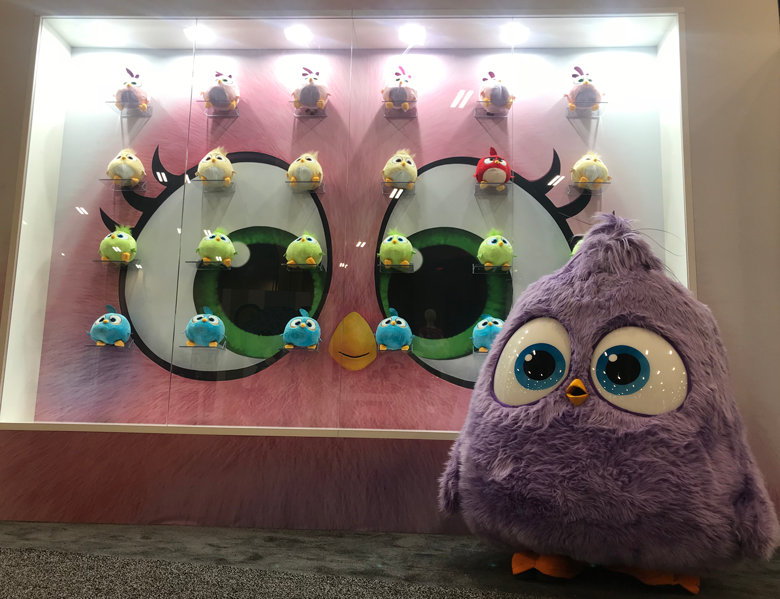 ESPOO, Finland - May 23, 2018 - Rovio Entertainment, in partnership with its licensing and brand management agency, Evolution, has unveiled a sweeping program of premier licensing partnerships in North America for its flagship Angry Birds franchise. This extensive line-up of new, renewed and ongoing deals, uniting a diverse array of retail product manufacturers and categories, represents the next step forward for the Angry Birds brand, further propelling the growth and appeal of one of entertainment's biggest franchises.

"These are exciting times for Rovio and Angry Birds fans. We have the strongest content roadmap to date starting from The Angry Birds Movie 2 planned for September 2019. We also have lots of other unique entertainment projects in development to engage audiences around the world. There's no shortage of fun things to look forward to in the future!" said Simo H&aumlm&aumll&aumlinen, Senior Vice President, Brand Licensing at Rovio Entertainment.

"Rovio is committed to ensuring Angry Birds continues to be a leading player in the U.S., with the retail marketing resources and expertise to make it happen," said Travis Rutherford, Partner and Chief Revenue Officer at Evolution, whose longstanding local market leadership and knowledge has been instrumental in developing Rovio's brand licensing and visibility in North America.

Rovio has also secured promotions for 2018 with Sonic Restaurants, as well as Hostess Brands, which is set to release over 10 million co-branded packaged bakery foods with a bounceback promotion tied to the mobile game Angry Birds Match.

Rovio's future milestones for the Angry Birds franchise include the development of new games, long-form animation, live stage shows and location-based entertainment initiatives, animated and live-action content on Angry Birds' YouTube channel, and the September 2019 theatrical release of The Angry Birds Movie 2, followed by the landmark 10th anniversary of the original Angry Birds in December 2019.

About Rovio Entertainment
Rovio Entertainment Corporation is a Finnish, games-first entertainment company that creates, develops and publishes mobile games and acts as a brand licensor in various entertainment and consumer product categories. The Company is best known for the global Angry Birds brand, which started from a popular mobile game in 2009. Today, the Company offers multiple mobile games that have been downloaded 4 billion times since 2009, has produced The Angry Birds Movie, which opened number one in theatres in 50 countries, and licenses the Angry Birds brand to consumer products and other entertainment content. Rovio is headquartered in Espoo, Finland (www.rovio.com).

About Evolution USA, LLC
Evolution has the expertise to fully monetize all forms of intellectual properties through licensing and merchandising, digital monetization, promotions, location based entertainment, retail development and brand management on a global basis.  Evolution is also adept at managing manufacturing and distribution, which enables it to develop intellectual properties from concept to the retail shelf. www.evomgt.com