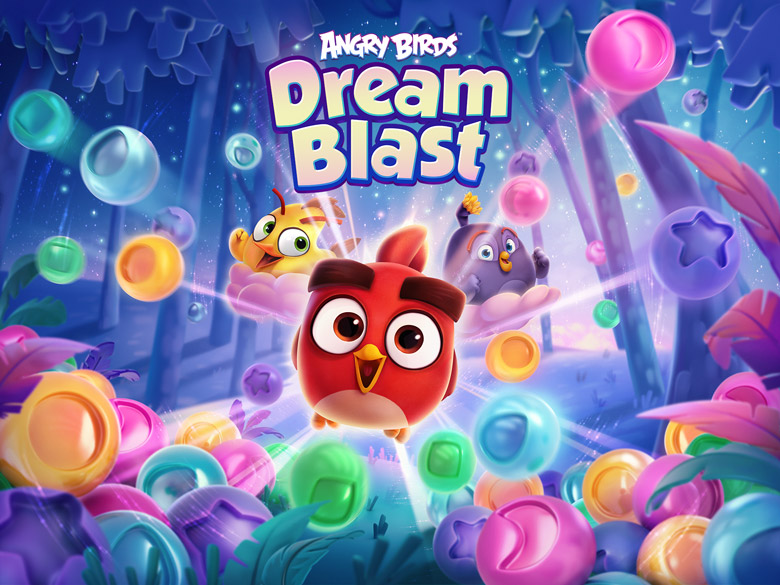 ESPOO, Finland - Jan. 24, 2019 - Rovio Entertainment Corp. today welcomes a new addition to its strong mobile games portfolio with Angry Birds Dream Blast, available to download now from the App Store and Google Play. Today's release follows one of the company's core strategic objectives for 2019 - to grow its Games business by launching at least two new games throughout the year.

"As stated in our quarterly report in November, our goal is to launch at least two games in 2019. As such we're delighted to be kicking off 2019 by adding our most casual game yet, Angry Birds Dream Blast, to our portfolio," says Kati Levoranta, CEO of Rovio Entertainment. "Moving forward, with one other game currently in soft launch and multiple games in different stages of development, we're in a strong position to execute our Games strategy during this special 10th anniversary year for the Angry Birds brand."

Angry Birds Dream Blast is out now and free to download worldwide via the App Store and Google Play.

About Rovio Entertainment:
Rovio Entertainment Corporation is a global, games-first entertainment company that creates, develops and publishes mobile games, which have been downloaded over 4 billion times. The Company is best known for the global Angry Birds brand, which started as a popular mobile game in 2009, and has since evolved from games to various entertainment and consumer products in brand licensing. Today, the Company offers multiple mobile games, animations and has produced The Angry Birds Movie, which opened number one in theatres in 50 countries and the sequel which is in production. Rovio is headquartered in Finland and the company's shares are listed on the main list of NASDAQ Helsinki stock exchange with the trading code ROVIO. (www.rovio.com)